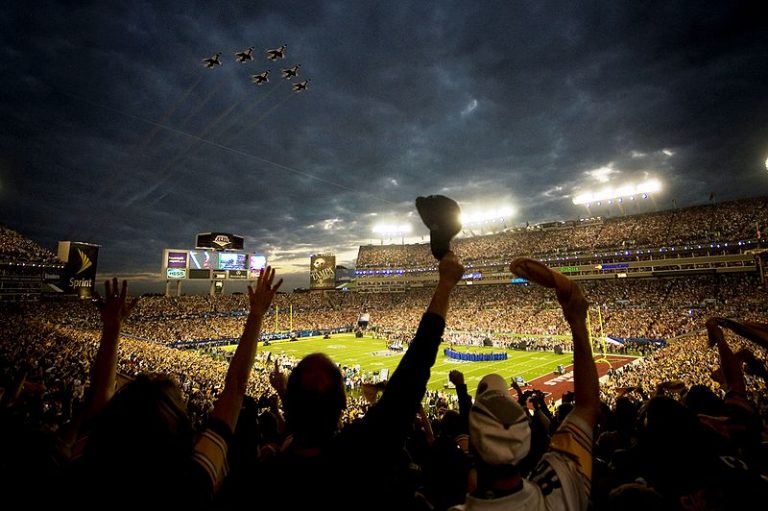 Trying to figure out how to stream the Super Bowl 54?

We get it, we can’t wait to watch the 49ers crush the Chiefs too. The good news is that it has gotten a lot easier for Football-loving cord-cutters to watch sports online without having a cable TV subscription is easier than ever. But it can be overwhelming to sort through all the streaming services available and hard to know just where to start.

Most people are looking to figure out how to watch the Super Bowl for free. If that’s you, know that you will be able to find it on YouTube, Reddit, Facebook, and Twitter if you have a profile on one of those services. But keep in mind, they’re only providing a live stream of the game and it’s pretty raw. In our opinion, that’s not the best way to stream the game.

If you’re looking for high-quality broadcasting and want to see the details of the best plays of the game, you’re going to want to go with a paid, subscription-based service. You truly do get what you pay for and, considering the 49ers are in the Super Bowl this year, it’s the year to do this thing right.

Below are what we think are the best options out there for streaming this year’s big game. The other major consideration is Internet speed as there’s nothing worse than the game freezing in the middle of a decisive play (so annoying). But more on that later.

The Top Ways to Stream the Super Bowl 54:

While you’re considering your streaming options, you should also consider your current Internet speed (which you can test here). This will be the first year that you’ll be able to watch the Super Bowl in 4k resolution – more than twice as much detail as with traditional 1080p.

If you’re committed to watching the game in 4k, keep in mind that you’re also going to need a screen capable of displaying that much resolution. Most modern televisions are capable of handling that much detail, but you should check your screen to be sure. It could be time for an upgrade.

But the biggest consideration here, even if you’re ok with watching the game in 1080p, is your Internet speed. You’re going to need a fast Internet connection (more than 40 Mbps, or “megabytes per second”). This is something you should consider in advance of the big day as there’s nothing worse than watching the Internet lag behind the game’s best moments.

Upgrading to a faster Internet speed will also make it easier for multiple family members to be using the Internet at the same time. The kids could be watching something on Disney Plus while you enjoy the game in the other room, without sacrificing image quality or load times. So, upgrading to a faster Internet connection goes beyond being able to stream the Super Bowl in 4k – it’s about making it work better for your family.

Time to upgrade your Internet provider?

We’re here to help. Our residential basic package starts at only $68 and will bring you up to 200 Mbps for both downloading and uploading speeds. Upgrading with us will make streaming the Super Bowl and having multiple family members use the Internet at the same time totally doable – our service is just that fast.

Reach out to schedule an appointment today and we can share more in person or over the phone.

Login to Willoweb
Reset Password
Enter the username or e-mail you used in your profile. A password reset link will be sent to you by email.